Going Vegan – Cheating a Little and No Regrets 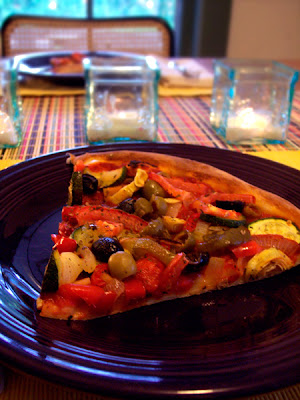 In the past few months I’ve been in a couple of situations where it was difficult to stick to a vegan diet. The most difficult occasion was during a trip to Connecticut to attend my grandmother Josephine’s funeral. My family is Italian and I grew up in a pizza mecca. My small hometown of Wallingford boasts about two dozen pizza places and it’s just down the road from New Haven, home of the famous pizzerias Pepe’s, and Sally’s, among other great spots. It’s hard to avoid good pizza when eating out with my family, and this time the pizza was also like comfort food, given the circumstances. After some discussion, we headed to a place in my dad’s neighborhood – Carini’s.

We ordered a few pies, one of which was a cheeseless. It’s not the first time we’ve had a cheeseless pizza when eating out. Last year during another trip to Connecticut (before I was going vegan), my cousin ordered a pizza with no cheese at Little Italy, another great restaurant in my hometown. Ordering a cheeseless pizza at a great pizzeria means you’re going to get a pie just as delicious as any that is gooey with melted cheese.

I shared the cheeseless at Carini’s with my husband, who has been admirably disciplined, except for one instance when there was absolutely nothing vegan on the menu. Whether he was tempted or not, I can’t say, because he fully enjoyed the pizza sans dairy with barely a glance at the others. I had one small slice of the regular pie and although it was absolutely delish, the one without cheese was excellent as well, and fully satisfying in itself. A good sauce, a good crust, and plenty of flavorful vegetables, made the pie great.

It showed me something important about being vegan – to not try to replicate or substitute too much, rather to enjoy things as they are, if they’re better that way. In the case of traditional pizza: they are. A great cheeseless pie, whether from a pizzeria or made from scratch at home, tends to be better than pizza topped with non-dairy cheese. We have since ordered cheeseless pies here in Vermont, and though it’s harder to find a true New York style pizza this far north, there are a few great pizzerias in our general area and they’re happy to comply with the “no cheese” request, without batting an eye.

I don’t regret having cheated a little. I’m following a plant-based diet largely for health reasons, and don’t feel a little bit of dairy on one or two occasions is going to set me back in any significant way. I also don’t regret going vegan… that gooey pizza tasted good, but honestly, after being dairy and meat free for several months, cheese simply seems very, very heavy now! And my dinners out at these great restaurants proved that going vegan does not have to mean settling for substitutes.

From the Going Vegan Series:
"Going Vegan - Embarking On A New Path For Better Health"
"Going Vegan - Discovering a Wonderful Variety of Delicious Foods"
Posted by Diane Fergurson at 8:12 AM