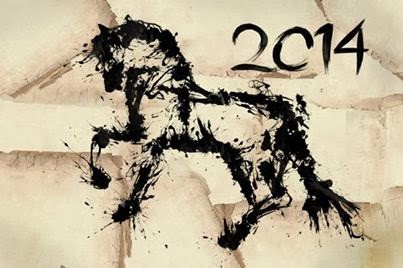 Chinese astrology is considered to be one of the world's oldest forms of Astrology.  Unlike the other Moon-school traditions; Tibetan, Vedic and Judaic, which are couched in religion, Chinese astrology is purely secular, a direction shared by Sun-school astrologies (Western and Arabian).

Although there are general behavioral patterns associated with the Horse (ma) sign, the delineation is further augmented according to which element (earth, metal, fire, water, wood) happens to be in control the year that you are born.  For example, the personality of a fire horse is very different from that of a wood horse etc.  So, just because you are a Horse (ma) in Chinese astrology does not mean that this is your year.

In general, the horse (ma) is a symbol of masculinity.  A ma person is lively, passionate, quick tempered and very impatient.  This person needs to always be the center of attention and is often quite egotistical.  Brilliance, wit and elegance makes this person attractive to others, but he or she may lack intellectual depth.  Horse people do well in groups, and thrive on social contact.  They often form close relationships and will give up anything for romance, although romantic love is not a priority for them. The ma is also naturally talented at making the best of any opportunity presented.  The Year of the Horse is often marked by an increase in business and commercial activity.  Households should make sure they do not over spend their budget during a horse year.

The wood-hsing ma is self-disciplined and systematic, but resists domination.  This person is always will to try unconventional methods.  He or she likes to start new projects, but often has difficulty concentrating on the projects at hand or completing their responsibilities.

2014 is associated with the Horse (ma), the color green, and the element wood.

*Information for this post was taken from Miller and Brown's "The Complete Astrological Handbook for the Twenty-first Century"; Understanding and Combining the Wisdom of Chinese, Tibetan, Vedic, Arabian, Judaic, and Western Astrology.  Also, Qi Journal.

Posted by Diane Fergurson at 10:46 AM No comments:

Pizza - Gluten Free or Not, Your Choice 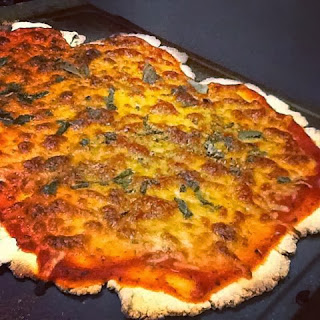 When I was growing up, Saturday night was pizza night.  My mom would begin making the tomato sauce early in the morning and let it simmer all day.  She would start the dough in the afternoon, letting it rise at a nice easy pace, then punch it down and let it rise again.  In the early evening she would roll out the dough very, very thin, put it in a round pizza pan, top it with the sauce, some mozzarella cheese and sometimes some ground beef or sausage.  The oregano would go on last.  My mom would bake her pizza it until it was very crispy.  It was so delicious, it honestly was to die for.  Everyone who tasted it was hooked.

Later on when I became older and met my husband, he too fell totally in love with my mom's pizza.  He began making it for us when we got married, using her her original recipe.  He was fascinated with the dough process and how also thin he could roll it and how crispy he could make it.  Our sauce, unfortunately, was never quite the same as my mother's.  It's probably because I did not can fresh tomatoes like she did, so I never could replicate that deep rich taste.
Eventually we did create a substitute.

A few years ago when our household became gluten free, the pizza was one of the first things that had to go.  We missed it, the kids missed it, and even though we dutifully tried just about every gluten free crust and dough recipe, the pizzas were just never the same.
The crusts were just too thick, and over all tasted pretty icky.

One day my husband came across my mom's dough recipe and decided he would try to make it exactly as written, only substituting gluten free flour.  No other additions or adjustments.  We had a feeling it might actually work because we were going to use the Cup 4 Cup Gluten Free Flour, which I think is the closest replication on the market to regular white or unbleached wheat flour for baking.

The big difference you'll find when using the Cup 4 Cup GF Flour compared to others is that it's so light.  So many GF flour blends that are used for baking, even by some of the most popular gluten free bakeries, are just way too heavy to be used for a lighter baked good.  The Cup 4 Cup GF flour is primarily a very light rice flour and you use as it is - literally substitute it cup for cup in any type of recipe.  No other additions are required.

As requested by friends, below is my mom's dough recipe.
You'll have to work your own magic for the rest of the pizza.
Gluten free or not gluten free, enjoy!
This recipe will make 2 pizzas.

Notes: If you use GF flour, your dough will not rise very much.  It also will not have the elasticity when you roll it out, so it may take some finesse on your part to learn how to manipulate it.
In addition, they do sell a Cup 4 Cup Pizza Crust Mix.  It think it's less expensive however, to buy a bag of the flour and make the dough recipe.

Posted by Diane Fergurson at 3:49 PM No comments: 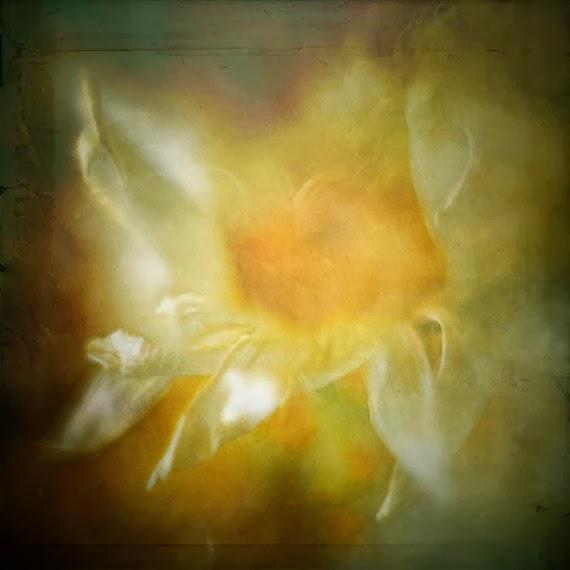 "To be wise means being thoroughly familiar with all aspects of human duality
and to apply mastery of these aspects in all our relationships.
Wise is the one who always shows the way to follow without ever
imposing it and who never does for others that which they are always well
advised to do for themselves.
Wise are also those who know who to be silent when they should just listen,
and to speak when they can and must be heard.
The true wise person is not the one who is favorably spoken of because of his or
her actions.
From all the foregoing, it follows that true wisdom always listen more than it talks, much
less that it acts, and never acts without thinking ahead.
To show wisdom does not mean to want to absolutely reform the evil we
believe we see in others,
but to harmonize with the good that we are certain
to perceive within them.
Broadly speaking, the mission of wisdom is to preserve harmony where it exists
and
to do everything
possible to put it where it is not."

Daisy Photograph Courtesy of Jude McConkery.
Prints available through her shop on Etsy.


Posted by Diane Fergurson at 7:14 AM No comments: 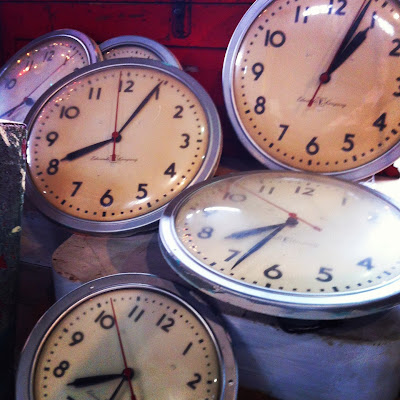 If you stop and think about it, during the last two days a large majority of people on this plant have been preoccupied with the concept of time.  Saying goodbye to a period of time - New Years Eve - and welcoming in a new conceptualized period of time - 2014.

I was recently looking through a stack of very old books from my Grandmother's library and I found a well worn, 1939 edition of The Prophet by Kahlil Gibran.
A 75 year old book - wow - although the book was first published
in 1923 and continues to
be one of the best selling books of all time.

I loved Gibran's words concerning time, and thought I would share
them with you to begin this new year.

Hope yours is a good one
~ diane fergurson 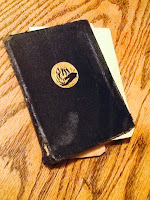 And an astronomer said, Master, what of Time?
And he answered:

You would measure time the measureless and
the immeasurable.
You would adjust your conduct and even direct
the course of your spirit according to hours
and seasons.
Of time you would make a stream upon whose
bank you would sit and watch its flowing.
Yet, the timeless in you is aware of timelessness,
And knows that yesterday is but today's
memory and tomorrow is today's dream.
And that which sings and contemplates
in you is still swelling with the bounds of that
first moment which scattered the stars into
space.
Who among you does not feel that his power
to love is boundless?
And yet who does not feel that very love,
through boundless, encompassed within the
center of his being, not moving from love
thought to love through, nor from love deeds to
other love deeds?
And is not time even as love is, undivided and
paceless?
But if in your thought you must measure
time into seasons, let each season encircle all the
other seasons,
And let today embrace the past with remembrance
and the future with longing.

Posted by Diane Fergurson at 1:25 PM No comments: