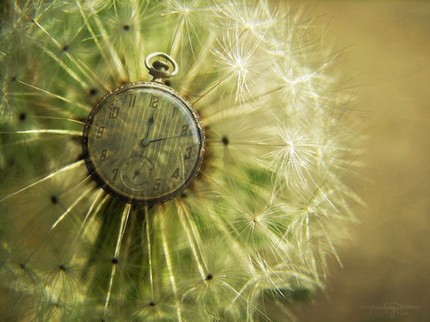 An Unintentional Life
by Abigail Carter

On that sunny September morning as I was stuffing our daughter Olivia’s lunch into her backpack and getting ready to leave the house to put her on the school bus for her second day of first grade, our son Carter clinging to my hip, my husband Arron called explaining carefully that he was at Windows on the World in the World Trade Center. His voice was urgent but not panicked. He asked me to call 9-1-1 because he thought there’d been a bomb. I didn’t ask if he was OK. I didn’t tell him I loved him. I didn’t know that I would never speak to him again.


Just two weeks before, I had watched six-year old Olivia flip-flop her way down a peaty forest path, peeping into an old stump pocked with moss looking for the fairies her grandmother convincingly assured her lived there. Carter, pillowy knees clasped around my waist, pushed away from me determined to hop down and get a look at the sleeping fairies for himself. As we continued down the path, I warned the kids’ away from the long line of frayed extension cords that were snaking their way down to the dock from the house, my grandfather’s genius at work. From the flimsy bridge, a gap-toothed smile across a tiny stream, I heard Arron running up the path from the beach toward us, warning us of the electric cords.

“Don’t say anything, Ab. You know your Grandfather.” He was right. I did know my grandfather, a product of the depression when nothing, not even a dangerous and frayed extension cord was ever thrown away. Perhaps the danger was real, or perhaps Arron just sensed the danger that loomed ahead, a danger I could not yet fathom. I just shook my head and followed him and the kids to the water’s edge and the partially constructed dock.

I handed Arron a beer, his dark hair and bare chest peppered with sawdust, a leather tool belt slung loosely around his hips. I gave another beer to my grandfather, a spry eighty-eight year-old in a pale blue cap, clearly the director of the construction operation. He and Arron had spent the last two days building the new dock at our tiny lake in Quebec a replacement for the relic of splintered wood and dangerous rusty nails that had preceded it. “The dock’s looking good,” I said sitting on the freshly cut floor, its piney smell pungent as Arron helped Carter hammer a nail into it while Olivia peered over its edge looking for frogs. Across the lake I watched a solitary loon dip noiselessly under the water and I inhaled the moment – a perfect peacefulness. Less than two weeks later that perfect moment would become a memory that I cherished like a well-thumbed photograph.


How to explain to a two-year old the death of his father? I spoke of “big boo-boos” and “buildings falling down” until he began pointing at tall buildings asking if daddy was there. Each new developmental milestone required a renewed explanation of his father’s death. What I told him at two needed to be explained again at four and with each new piece of information came new fears. Fear of flying, fear of losing his mom. He wouldn’t let me out of his sight and I had to unhook his hands from around my waist each morning when I dropped him off at school.


Our daughter refused to speak of her dad, asking when we could go back to being “happy people.” She told friends who asked about her dad that he was at a meeting in Florida. If I cried when I tucked her into bed at night, she would look at me with horror, as if my face had just turned purple, a condition that might be contagious. Over the years, I’ve battled my kids’ out of control temper tantrums, anxiety, obsessive-compulsive disorder, learning issues – conditions that other, non-grieving families face, but that I had to handle alone as a grieving single mom, constantly questioning what was normal child behavior and what was grief. At times I longed to run away or have a night off when my only option was to sit in a heap on the floor and cry. I forgot what it was like to have someone else to take the garbage out, or to talk to about my day over dinner. I was lonely. I too wondered if we would ever be those “happy people” again. I couldn’t see how it would ever be possible.

I have been asked the question over and over, “so how ARE you ten years on?” It’s a difficult question to answer. My life is nothing like I imagined it would be when I married Arron almost 21 years ago, thinking we would raise our kids in tandem and grow old and crotchety together. My life is nothing like I thought it might be the day he died and I wondered if I would have to sell the house. And yet here I sit in a beautiful home that overlooks Lake Washington and the Cascade Mountains, a published book under my belt, 3,000 miles from New Jersey on a sunny Seattle day, two beautiful children upstairs hunched over computers, a tiny Boston Terrier on my lap and I think, “whose life is this?”


Ten years later I’m baffled that in many ways our lives are better now than when Arron was alive – what I have come to think of as my “unintentional life.” If Arron strode through our door today he would walk into a beautiful house in Seattle instead of New Jersey. It was a move I felt was essential – to escape New Jersey and what I was sure would be the persistent recognition of my kids and me throughout Montclair as “that 9/11 family.” How could he not marvel that his beautiful daughter now drives, has his knack for languages, his giggle? Or that his son looks like him, is kind and generous and can play Taps on the trumpet? I would laugh at his astonishment that my memoir was published in four countries. He would admire his happy-again family, living their unintentional lives.


There is a heavy debt of guilt whenever I realize that our new life wouldn’t exist had Arron not died. Through the pain of our grief, we discovered strength we didn’t know we possessed, learned to appreciate the gifts of life and have empathy for others who were themselves in pain. We were awakened into life by death. Experiencing death head-on opened the door to new opportunities in our lives. In my longing to be with Arron, willing him to exist in some new form, I lost my fear of death – something I’ve come to see as the unexpected gift of grief – a lack of fear that unmasks an entirely new universe of possibility – move across the country alone with two kids? No problem. Write a book? Why not? Teach a class on grief? A fulfilling experience. I stopped worrying what people thought and began thinking almost magically, realizing that the only person standing in the way of, say, writing a book, was myself. I learned to be brave enough to trust my intuition, get help when we needed it, find allies and live with no expectations – a flexibility that invited what I can only express as mindful evolution. Some might call it a growing spiritualism, though I don’t want to get all new age-y about it. Certainly, I began to question fate and faith in my quest to make peace with Arron’s death.


I muddled through “dad” experiences, like starting the lawn mower, knotting Carter’s necktie for a band recital and teaching our daughter to drive. The kids in turn have developed a sense of compassion beyond their years. Olivia, during a trip to Rwanda to help girls affected by the Genocide also learned about the power of forgiveness. Still, we have all had to learn to live with an un-namable absence, always wondering what life would be like if Arron were still a part of it.


This summer at the lake in Quebec, I watched that once pudgy-legged two-year old, now a lanky, tanned twelve-year old, hold the hand of his younger cousin pointing out the fairy’s stump, bestowing its magic upon a new generation. Our daughter, a lithe sixteen-year old enthralled the family who were gathered for my grandfather’s memorial with her effortless beauty and wit. The snake of extension cords no longer posed any threat as I stood again on the dock that Arron and my grandfather built that August in 2001, now adorned with a carved wooden plaque bearing Arron’s name. The family watched quietly as my mother and uncle peddled the paddle boat into the middle of the lake and sprinkled my grandfather’s ashes onto the water’s glassy surface, a ceremony whose dignity my grandfather would have appreciated. Arron too felt present in the breeze that caressed our hair. Just beyond the boat, a lone loon skimmed majestically across the water until I blinked and he was gone.

Abigail Carter's book "The Alchemy of Loss" is available on Amazon.  You can also visit her website.

The Mind Body Spirit Odyssey also interviewed Abby last year for our blog.  You can read that interview here.

Thank you to photographer Karen Casey Smith for allowing us to use her photograph "Dandelion Clock".  Prints are available in her Etsy and Artfire Shops.

Posted by Diane Fergurson at 4:15 AM