Healing With Gemstones - Getting to Know Aquamarine 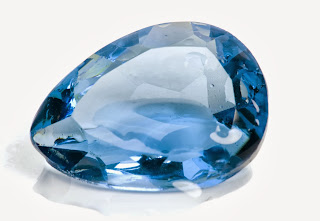 Welcome to this month’s installment of Healing with Gemstones.  This month, we will take a look at the beautiful stone Aquamarine.

Aquamarine is an Astrological birthstone for Scorpio as well as the October birthstone in Arabic, Hebrew, Polish and Roman cultures. 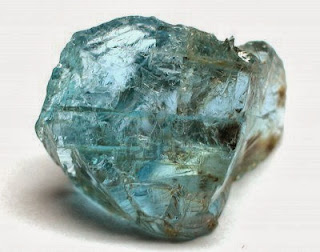 Aquamarine takes its name from the Latin words “aqua” (water) and “marina” (of the sea).  It is from the beryl family (which included emeralds and morganite).  It ranges from a blue-green color to a pale blue.  The clear, almost colorless blue are the most sought after and valuable of the aquamarine stones.

Aquamarine stones are found in many places, such as Russia, Afghanistan, Pakistan, Sri Lanka, Tanzania, and Madagascar.  The most valuable aquamarine stones come from Brazil. 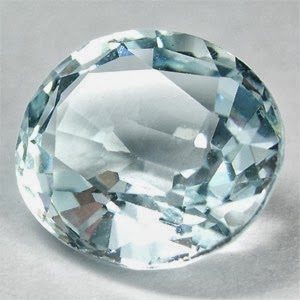 In Ancient Rome, an aquamarine was given as a gift from the groom to the bride the morning after the marriage was consummated.  It was  believed to absorb the energy of young love.  The Roman legend stated “When blessed and worn, it joins in love, and does great things.”  They would also carve a frog into the stone because they believed it would help reconcile relationships, and turn enemies into friends. 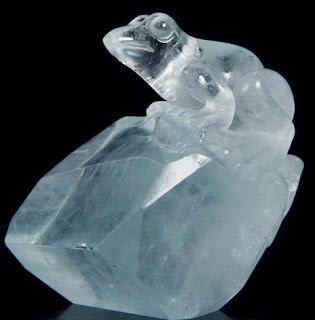 Because its name was derived from the sea, it was often gifted to, and worn by, sailors, who believed it would help them traverse the deep waters safely.  Roman soldiers would also wear it in battle, as they believed it would make them invincible and bring them victory.

The Hebrew, Egyptian and Sumerian people all looked to the stone as a symbol of happiness and everlasting youth.

In the late 14th Century, the stone was thought to be a good antidote to poison.  Since poisoning monarchs was a common practice in those days, many of them took to wearing aquamarine.  Unlike other times in the past, when the practice would be to crush and ingest a stone to get its full power, the belief was that just wearing this stone would be enough to protect you. 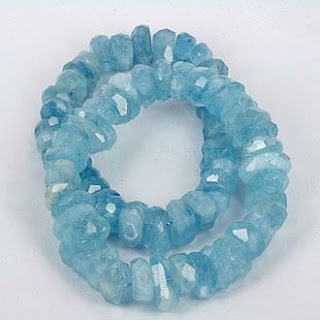 The Ancient Roman belief that the stone absorbed the energy of young love was carried through to the Middle Ages.  Married couples would gift the stone to each other to help them rekindle their earlier passions. 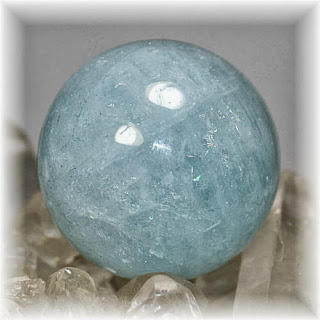 A secondary divination method was used during this time as well.  A pointed stone would be suspended on a thread and held over a bowl of water, with the tip of the stone barely touching the water.  Inside the bowl, around the edge, there were letters of the alphabet.  Questions were asked, and, as the stone moved throughout the bowl from one letter to another, it would spell out the answers.  In that way, it acted as the ouija board of its time.

According to ancient folklore, in addition to the beliefs already mentioned, aquamarine was also thought to assist in the treatment of yawning, belching, and in curing ailments to the stomach, liver, throat, jaws, and even toothaches.

Because its name is a connection to water and the sea, it was also used in rituals to either bring rain, or, for malevolent purposes, to help cause drought to your enemies. 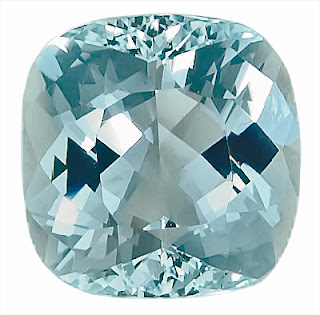 As it was used often in divination, it is also thought to help people clear their perceptions and sharpen their intuition, as well as help them with their own clairvoyance.  This makes it a great stone for meditation.

If you are bringing an aquamarine crystal home for the first time, you will want to clean it of all the energy it had absorbed up to that point.  There are two ways to do this.  One would be to hold it under running water.  If there is a point on the stone, hold the point towards the running water.  Do this until you feel the energy change.  If you are unsure what that feels like, you can also soak it in sea salt for 24 hours, so that the salt has a chance to draw out the energy. 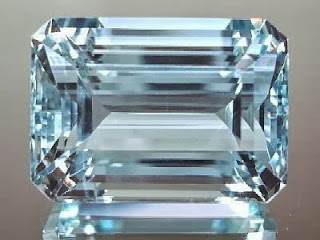 As it is a stone connected with the sea, you can also charge it by leaving it out in the rain for 6 hours, and let it heal and recharge naturally.

Once that is done, you should finish the charge by carrying or wearing the stone, so that it tunes to your personal energy.

Although it is not a stone that I use often, I do have a few pieces made with aquamarine.

For lovers of bold, chunky pieces, I have this great piece made from faceted aquamarine rondelles and round amethyst:

For those who love a cleaner, more delicate look, I also have a set made with aquamarine and cultured freshwater pearls:


I think you would agree with the philosopher Pliny, who was a fan of this stone.  He once said “The lovely aquamarine, which seems to have come from some mermaid’s treasure house, in the depths of a summer sea, has charms not to be denied.”

For information on how to cleanse your stones, see this  article published recently here on Mind Body Spirit Odyssey.


You can read Giani's Tarot reviews in the Review section of this blog.
This is the first article in this wonderful series, and I am definitely looking forward to reading more
in the upcoming months!  I thank Giani
for his wonderful continued contributions to Mind Body Spirit Odyssey.

Posted by Diane Fergurson at 2:44 PM