Winter Solstice: A Time for Light, Release and Transformation 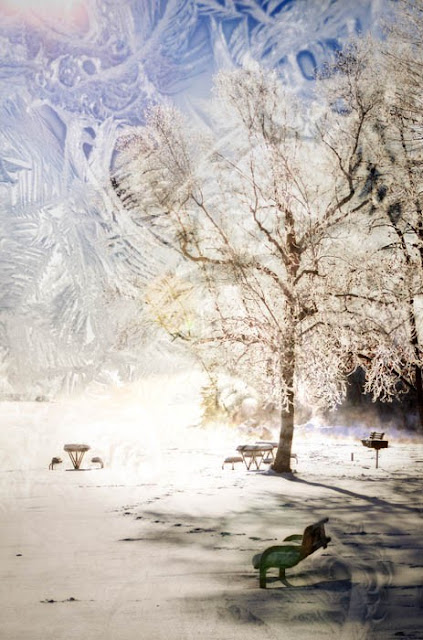 There is a striking thread that runs through many of the winter holidays, whether celebrated in Jewish, Christian, pagan, or other traditions – that of light, the return of light, and an embrace of light, both within and without. The Winter Solstice is a major holiday for pagans, but can be enjoyed by anyone without stepping on the toes of other faiths. It is the shortest day of the year, the day when the sun shines the least – in ancient times it was literally called “sun standing still day.” After the solstice the days begin to get longer, our time under the sun increasing little by little.
Even if we don’t see a reason to celebrate this as a religious or spiritual event we can see how it might have significance psychologically. For a good example of our reliance on light, I need only look back a couple of weeks to when a big windstorm knocked out power for thousands of people in my area – including me and my family. Reading by candlelight had a certain homey appeal, but there was an awkwardness to brushing teeth or simply walking up the steep narrow stairs in the old farmhouse, by candle. Schedules and routines change – bedtimes tend to be earlier, the dark greeted differently when we have no control over it. If we can be so affected by a diminishment of light, imagine the ancients, who truly set their lives by the light of the sun.
Perhaps of greater meaning to us now is the symbolism of light, especially in a season of growing darkness. I believe many of us are in great need of this renewing return of light – enough events have been taking place in our culture that have thrown some of us into the dark. The loss of a job and one’s income, family members in the military or simply news of war, ugly politics and the threat of individual rights narrowing, personal anxieties and fears… Concurrent with days growing ever shorter (not to mention an increase in cold temps, keeping us indoors even more), our moods may be suffering. Through holidays such as Hanukkah, Christmas, and the pagan Yule, we have the invitation to accept and celebrate this return of light, and on the solstice we see the literal return of that light.
Also occurring on the solstice this year, will be a full lunar eclipse. In itself this is a relatively rare event, and one that astronomers are taking note of. Astrologers are also taking note of it, because the belief is that eclipses and solstices affect change… taking place as they will together, this combined event is expected to bring even bigger changes, on social as well as individual levels.
Major shifts are possible (some would say likely), and the general advice is to approach the day of this solstice with an openness to good things and joy, and from a place of acceptance and calm. If transformation is going to take place, embrace it and make it what you would like it to be – or at least to the extent that you can.
I am still a little on the fence about what I believe with regard to astrology. I tend to think who we are and become is not so governed by where the planets were when we were born, but I find myself making simple assumptions based on astrology more often than I’d like and have recognized some uncanny truths when doing deeper reading into it. I do find it exciting to think that a full moon eclipse on a winter solstice might usher in big change, new direction, and inner transformation, while also helping us release old fears or habits; hopefully all good of course! Experts are saying to check your natal charts for planets that fall between 27 and 1 degree in any sign, for those areas will be affected. I plan on going home tonight and pulling out my chart, to see just which houses might start experiencing some influence on Tuesday. I am just slightly nervous, knowing I have quite a few that fall in those degrees. I will also probably emphasize a practice of mindfulness on Tuesday, and perhaps do some simple meditation on opening to more love, joy, and yes, light.
~ nellie levine

photo, "Through Frosted Glass" is by Jude McConkey.  It's available in her Etsy Shop.

You may also enjoy:
Autumn Blessings and Balance
Messages from Nature