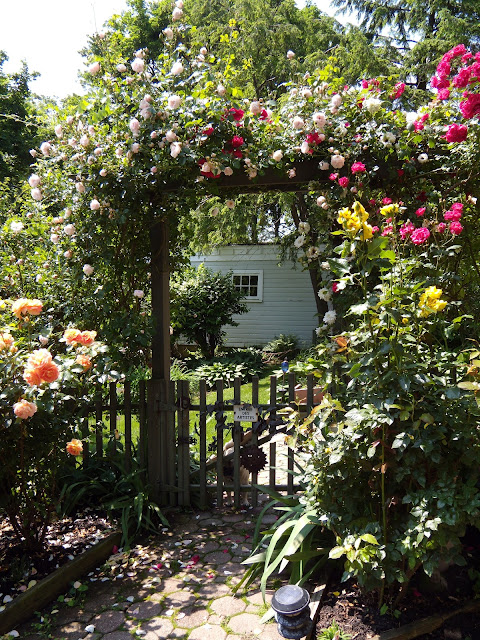 I was working in the rose garden the other day when I mentioned to my husband that The Herb Quarterly magazine mentioned in their Summer issue that the International Herb Society had named the rose to be "Herb of the Year" for 2012.  He said that he was surprised - he never really thought about roses being consider an herb.

I have to admit I was surprised too when I read the article.  I've been in love with roses since I was a child.  The colors, fragrance and mystical history.  But I never really considered it an herb.  Sure, I would have the occasional salad 'sprinkled' with rose petals.  But to me that always seemed like more of an attention getting gesture by chefs and restaurants rather then more of an actual culinary ingredient.  Even growing up with a mother and grandmother who both very skilled with their use of herbs and very proficient in their herb gardening, they never incorporated roses into their medicinal and culinary repertoire. 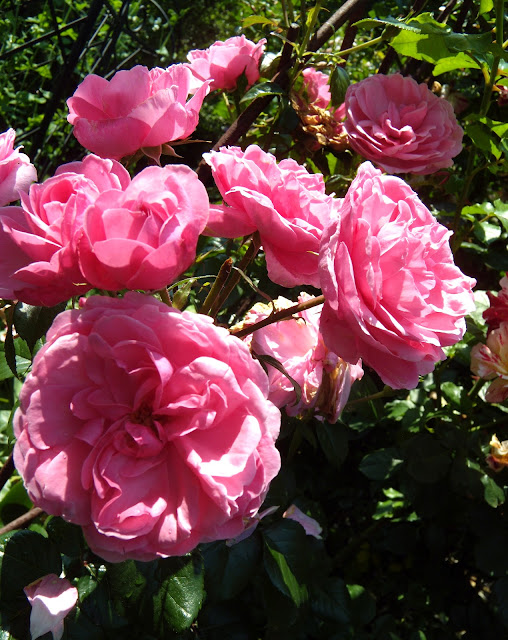 According to the Herb Quarterly article - before vanilla was used to enhance the majority of our baked goods and sweets, roses were actually used a the primary flavoring.  The pioneers brought roses with them when they settled in America and in the first cookbook that was published in 1796, rosewater was mentioned more times then any other seasoning- including pepper and nutmeg.  Roses were used by traditional medicine for their astringent quality and many herbal teas contain rose hips, which is a good source of vitamin C and can act as a laxative and diuretic.  Many people use dried rose petals today to fragrance potpourris.  It is also used to smudges and to scent candles.

It's important to mention that although roses have been named Herb of the Year, not all variates belong in the herb garden.  According to The Herb Quarterly: 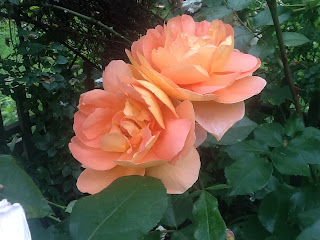 "Roses bred before 1867 - before tea roses were introduced into the western world from China and hybridization took off - offer the best flavor, fragrance, and medicine.  If you are looking to add roses to your herb garden, here's a rundown of the major categories to look for: 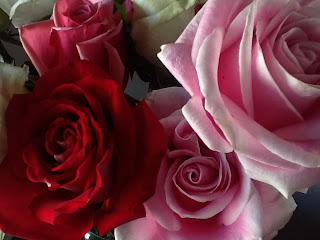 For more a more extensive description of the rose varieties listed above and more information about roses in general, consult the Summer 2012 issue of Herb Quarterly.

The roses pictured in this article are from my garden.  Although I have a pretty extensive rose collection, I don't think I have the varieties listed above.  Since reading this wonderful article though, next season I will definitely be looking for them.

Posted by Diane Fergurson at 4:53 AM