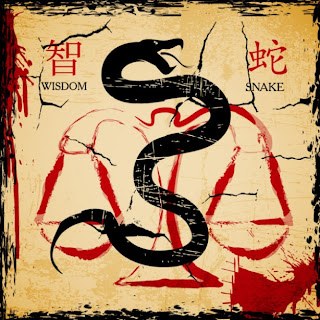 Scholars consider Chinese astrology to be one of the world's oldest forms of Astrology.  Unlike the other Moon-school traditions; Tibetan, Vedic and Judaic, which are couched in religion,
Chinese astrology is purely secular, a direction shared by Sun-school astrologies (Western and Arabian).

Although there are general behavioral patterns associated with the Snake (She) sign, the delineation is further augmented according to which element (earth, metal, fire, water, wood) happens to be in control the year that you are born.  For example, the personality of a fire snake is very different from that of a wood snake etc.  So, just because you are a Snake (She) in Chinese astrology does not mean that this is your year.

In general, snake is a symbol of wealth.  A snake person is stable and a good organizer, possessing substantial wisdom.  This person is highly intelligent and can occasionally be accused of having an overly moral outlook.  The person listens carefully to the advice of other people, but can be a poor sport, incapable of losing gracefully.  The snake individual  may know how to establish a relationship, but finds it difficult to maintain one.

The water snake has remarkable charisma.  Shrewd and materialistic, this person is very talented at handling finances.  They can also maintain a grudge for a long period of time.


*Information for this post was taken from Miller and Brown's "The Complete Astrological Handbook for the Twenty-first Century"; Understanding and Combining the Wisdom of Chinese, Tibetan, Vedic, Arabian, Judaic, and Western Astrology.

Posted by Diane Fergurson at 3:48 PM