The Bunny Incident - Things Aren't Always As They Seem 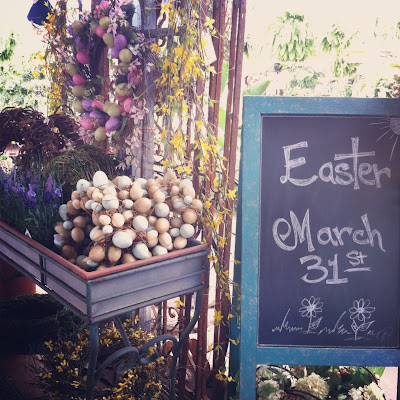 Probably one of my earliest childhood memories of Easter, I was around 2 or 3 yrs old, was standing at the front door of my parent's house, looking through the glass, watching a giant Easter Bunny
walk down the street.  My mouth must have dropped to my toes, and by the time
I finally pulled my mother from the kitchen back to the front door, the Easter Bunny was gone.

Of course, no one believed me.
My mother chalked it up to my "overactive imagination" - a curse, or actually a gift - that would continue to cause me numerous mishaps and adventures over the ensuing years.

But was it my imagination?
About 40 years later, I found out that there had been a florist in town who would dress up every year in a full length bunny suit at Easter and deliver flowers to people's homes.

Ha! Vindicated!
I had obviously told the truth - but when I relayed this information to my mother about what had actually happened so many years ago, she didn't even remember the incident.

Moral of the story.
Humm, quite a few possibilities actually.

~ kids are are smarter then you think.

~ don't automatically discount what a child tells you, no matter how far fetched it may seem.

~ thinks aren't always quite what they seem

~ people hold on to the strangest memories from their childhood

Take your pick, but whatever conclusion you reach, I'll tell you one thing - ever since that incident as a young child, I have not been so quick to discount the stories and beliefs of others.
Yes, I saw a man dressed in a bunny suit - who I thought really was the Easter Bunny - but how many people are out there who really 'do' have visitations by angels, spirit guides, aliens... and no one believes them and there never is a rational explanation for what they have seen or experienced?

Looking back, I think the Bunny incident helped instill in me a level of compassion for others
that I still feel to this day.  It helped me over the years when I worked with mentally ill
populations, and even when I read or studied the stories, dreams, visions, folklore and
eyewitness accounts of others who have
had experiences that, 'to most', would be considered somewhat out of the norm.

I'm not saying you should automatically believe everything people tell you or that there is even always a concrete explanation for incidents that may seem strange or unusual.
Just learn to open your heart a bit more to others.
Things aren't always the way you think they are, and one way or another, most people have an
element of truth to what they say they have experienced and why
they believe as they do.

To those celebrating Easter, enjoy!

Posted by Diane Fergurson at 5:25 AM