Healing With Gemstones - Getting to Know Peridot 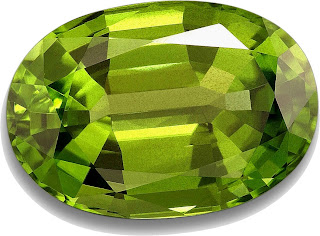 Welcome to this month’s installment of Healing with Gemstones.  This month, we will take a look at Peridot.

Peridot is a birthstone for August, and is one of the zodiac birthstones for Leo (among other signs).

Peridot is one of the few gemstones that is only found in one color.  While it is only found in green, however, it can be seen in many shades of green.  The exact level of green of the stones is based on the level of iron in the stone.  The darker the green, the more valuable the stone. 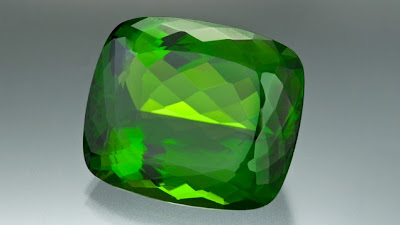 Peridot has been recorded as having been mined as far back as 1500 BC in an area now called St. John’s Island, on the Egyptian Red Sea.  Because the island can become shrouded in fog, its exact whereabouts were a mystery for several centuries until it was rediscovered in the early 1900’s.

Ancient Egyptians referred to peridot as “The Gem Of The Sun”, and, to this day, it is still the national gem of Egypt. 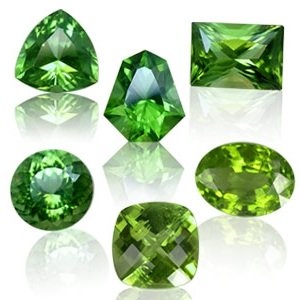 Ancient Romans believed that a peridot set into gold would allow the stone to reach its full potential.  They looked to it as a talisman to ward off night terrors, fear, and bad dreams.  Pliny the Elder believed that, for peridot to work its strongest, it must be worn on the right arm.

Legend has it that the second stone in Aaron’s breastplate was a peridot.  Some believe it was also the seventh foundation stone for the New Jerusalem, but opinions differ, and no clear consensus has ever been reached.  Throughout the middle ages, peridots would be brought back from the Crusades and inlaid into church plates or sewn onto robes. 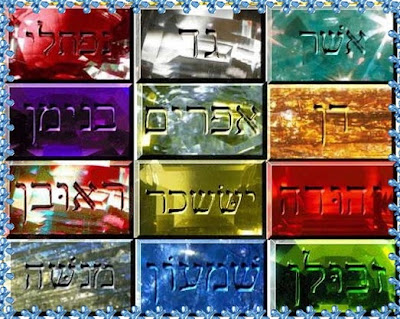 In ancient times, cups would be formed from peridot.  Drinking elixirs from these peridot cups were thought to help the medicine be more effective.  Some would string them onto donkey hair and then tie that around their left arm.  They believed it would ward off evil spirits.

In 16th Century Venice, an ass was carved onto a peridot to increase someone’s skill or prophesy.  A vulture would be carved onto one to help give control over demonic spirits.

Because peridot can have a dark green color and a deep shine, many in the past have confused it for emerald.   Some believe that the famed emerald collection of Cleopatra was actually peridot.  These days, it is easier to tell them apart, as peridot has no inclusions, whereas emerald does.

In the Middle Ages, peridot was used to gain foresight and divine inspiration.

Peridot was thought to have the ability t dissolve any spells put onto a person by enchantment, hex, or wizardry.

Astrologers believed anyone who wore it would be happy in marriage.  Napoleon gave one to Josephine to show his undying love (that is, before he had the marriage annulled).  They also thought the stone would make you a better speaker and free you from all insecurities, both the physical and the emotional.

Egyptians, Aztecs and Incans used the stone to heal internal organs, such as the lungs, spleen, intestines, liver.  If the stone had more yellow in it, it was used for ulcers and thyroid issues. 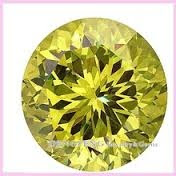 Peridot is also said to help alleviate issues in the 3rd Chakra.  Healers use it as a shield around the entire body, but it is mostly used for cleansing and stimulating the Heart Chakrs and the Solar Plexus Chakra.

Peridot can be smudged or cleaned with water.  After which, you can re-charge it under a full moon.

For more information on how to cleanse your stones, see this wonderful article by Diane Fergurson, published recently right here on Mind Body Spirit Odyssey.

Articles from our series on Healing With Gemstones of the Zodiac can be found here.


You can read Giani's Tarot reviews in the Review section of this blog.
This is the first article in this wonderful series, and I am definitely looking forward to reading more
in the upcoming months!  I thank Giani
for his wonderful continued contributions to Mind Body Spirit Odyssey.

Posted by Diane Fergurson at 4:16 PM