Glad Tidings For The Winter Solstice

I'd like to thank Celestial Elf for sharing this wonderful article about the Midwinter Solstice with us.  You can read more about Celestial Elf and his amazing machinima film work in the
Artist Interview we conducted with him earlier this year.
The Mind Body Spirit Odyssey wishes all of our readers a happy Holiday Season and a
wonderful New Year! 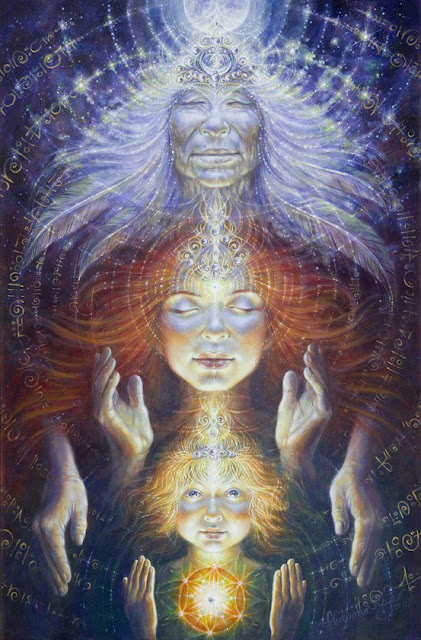 In Ancient Northern Europe the mid-winter Solstice (between 20th/23rd of December) was called 'Earth Mother's Night', and as the shortest day of the year it effectively represents the turning point of the season.

The Romans called this Sostice the Dies Natalis Invicti Solis, the Birthday of the Unconquered Sun. The Roman midwinter festival of Saturnalia (17-25 December) celebrated Saturnus (god of fertility, harvest and time) and his wife Ops (Mother Earth). Whilst Temples and homes were decorated with stars and suns and evergreens symbolizing life's continuity, Processions of people with masked or blackened faces symbolizing the dark of winter danced through the streets, which has survived in the custom of 'Mummer's Plays'. Masters also feasted with their slaves and a 'King' was appointed from their number to take charge of the revels giving rise to the 'Lord of Misrule' of medieval Christmas festivities, which tradition survived into the 17th Century." 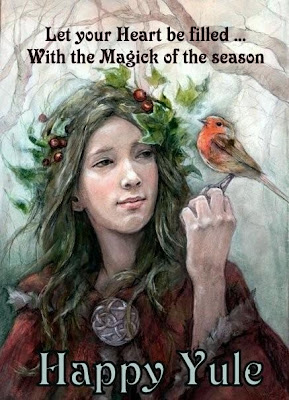 In Northern Europe the winter festival was called the Yule (Juul).
As the people thought the Sun stood still for twelve days in the midwinter, plunging Mother Earth and all her growing things into the dark, coldness of death, It was thought that spring could not come without their celebration of midwinter.

During this time the Druids began the tradition of burning the Yule Log to conquer the darkness and to evoke the return of the Sun for the new year, the Suns divine male energy was needed to return and quicken the Earths sacred female energy for the Rebirth of spring.

A Yule Tree was also illuminated with candles, to further this effort to attract the Sun.
Therefore 'Yule' is the midwinter festival of light, as the length of daylight progressively increases after the winter solstice. 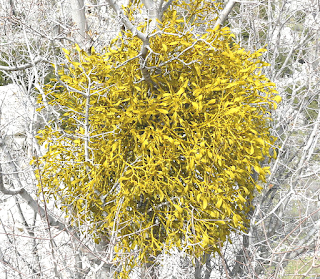 Along with the Evergreen, the Holly and the Ivy and the Mistletoe are important plants of this season, symbolizing fertility & everlasting life.  Mistletoe, also known as The Golden Bough (and called Allheal, used in folk medicine to cure many ills) was held sacred by the Druids and Norse people, who cut it with a golden sickle (symbolic of the Sun) on the sixth night of the moon.
Both Druids and Romans hung sprigs of mistletoe in their homes and places of celebration to bring good fortune and peace & the Scandinavians would halt and call Truce in battle if they came across mistletoe in their Forests.

In addition, its fertility endowing powers have by tradition created its modern role as a symbol of love (a man should pick a berry when he kisses a woman beneath the mistletoe, when the last berry is gone there should be no more kissing!). 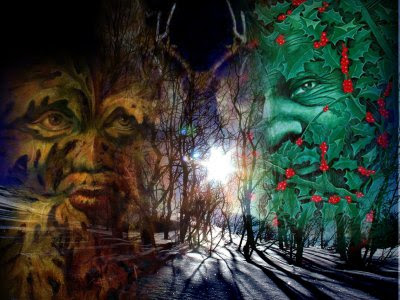 The myth of the Holly King/Oak King probably originated from the Druids to whom these two trees were highly sacred. The Oak King (Lord of the Waxing Year and identified with the 'wren' symbolizing the Old Year and Shortened Sun) kills the Holly King (Lord of the Waning Year, son and successor of the Oak King, identified with the 'robin redbreast' symbolizing the New Year and New Sun that begins to grow) at Yule (Winter Solstice).

The Oak King then reigns until Litha (Summer Solstice) when the two fight again and the Holly King is victorious. The Holly King is still seen in some representations of the modern Santa Claus." 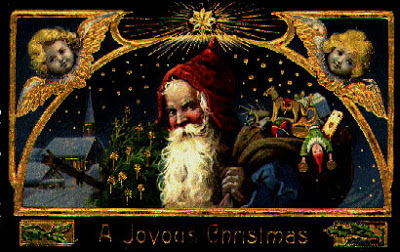 Of the Wren itself  (which was also called 'magus avium' - the magic or druid bird) this hapless bird was for many years hunted and killed on December 26 by young boys because it was recognized as a sacred bird to the early Druids.  It was targeted by Christian believers as their Pagan purges were frequent and relentless. The boys would receive money as they paraded their dead trophies from house to house...

The Nordic Yule began in the evening of winter solstice 20th-23rd December, with the sacrifice of a wild pig (boar) to Mother Earth. This gave strength to Mother Earth (Freja), so that she could give birth to her Son (Balder) on 24th of December who represented both the next generation and most importantly, light ie the New Sun (which was also echoed in the Rebirth of the Persian Sun God Mithrais {as well as the Greek Apollo} on 25th December, a significant date later co-opted by the Christian Church...) 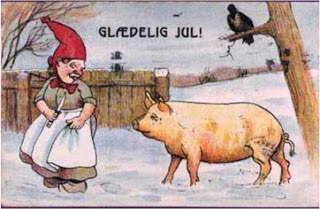 The ham as the Yule dish is particularly significant because in ancient times the pig was considered a holy animal and personification of Mother Earth, symbolizing her fertility. Thus the Yule ham is Mother Earth herself.

Regarding such Sacrifices in these Ancient traditions;
As they held that Divinity was inherent in all creatures as an expression of the God's powers within nature, so the most powerful of these rituals was when a God was sacrificed to share their divine energy.
Those who ate of such sacrificial feasts received a part of the Deities divine power,
just as the death of one creature gives life to others.

For the ancient people such traditions were completely normal as they 'sacrificed' the seed in spring to earth, where it ‘died’, and later rose again to give life to many new seeds which in turn would both feed many people and beget many more new seeds. These principles are similar in theme to the Christian atonement sacrifice of Christ, the ritual of Eucharist and the Ascension. 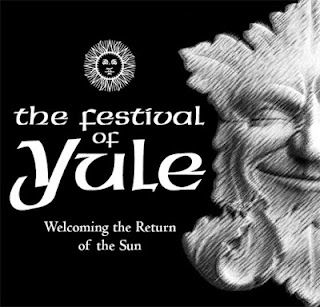 Be that as it may, I share with you now Bright Yule Blessings:

Blessings to you from the Earth Mother.
She is the Moon.
She watches over all of us by.
The light that she casts over the blessed earth.
Walk her night lit path
And happiness you will find at every turn.
Blessed be!

Blessings to you from the Sky Father.
He is the Sun. He holds us up
And brings us strength. Carry his sword
To cleave the evil from your path
And you will be unmolested.
Blessed Be!

Blessings to you from the Great Spirit.
It binds us all together:
Man to womyn; beast to beast; all.
We are it and it is us.
Blessed Be!

May you have a wonderful Holiday.
The time has come for the sun to be reborn
He lies in his Mother's womb waiting...
Awaiting his reappearance on this plane.
Let us all rejoice in his rebirth and ours.
Blessed Be!
(by yusef)
Merry Solstice, Happy Yule... 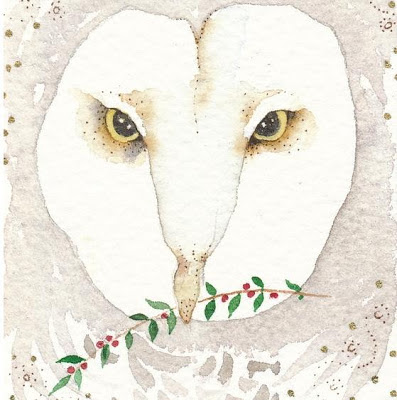 After writing this post, a bit later I rewrote the famous poem The Night before Christmas and made the machinima film
The Night Before Christmas Or Yuletide or Such....
to reinstate Odin and the ancient Norse traditions in place of Father Christmas per se..
which you can read by following the link above, or just enjoy the film below

Posted by Diane Fergurson at 5:36 PM